Compassion is the doctrine of our church, the quest for truth its Sacrament, and Justice its prayer. To grow in understanding through dialogue and freedom, to support each other’s dance with life, to engage the Earth in peace, to the end that we speak ourselves into Community and hear each other into being. Thus do we covenant with each other and with the Universe.

Our mission is to provide a community that nurtures personal and spiritual growth, practices inclusiveness, celebrates diversity and affirms individual and collective commitment to community service and social justice.

Ours is a spiritual community with a rich history and a living faith. Its roots are in Christianity and Judaism but it draws inspiration from many spiritual sources. A tradition that honours deeds, not creeds, it affirms the principles of a loving, open-minded spiritual community, committed to social justice in the world. We use reason and conscience as our primary guides and encourage each person to chart his or her own spiritual journey.

We live the words of Edwin Markham 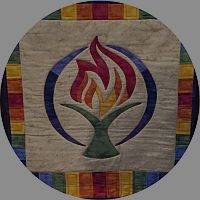 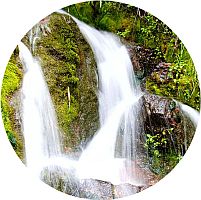 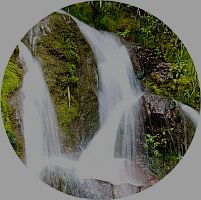 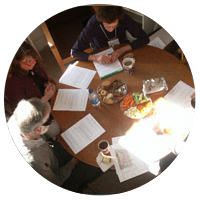 WHAT DO WE OFFER? 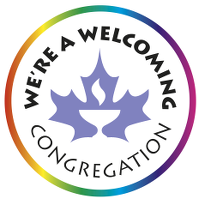 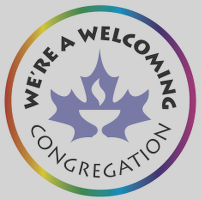 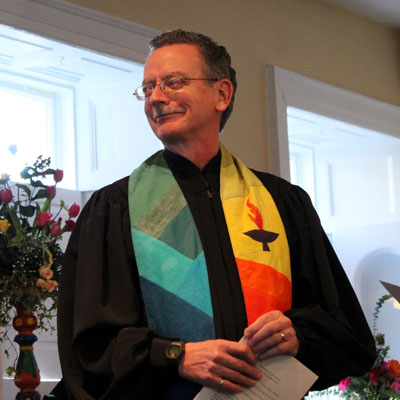 I was born and raised in Thunder Bay Ontario among a large and wonderful family; parents, grandparents, aunts, uncles, cousins and friends. I received my Mechanical Engineering Degree from Queen’s University in Kinsgston Ontario, where I met and married Janet Duncan in 1973. We have two grown daughters now living in the Toronto area.

I worked for 35 years in engineering and plant management including projects in India, China and Brazil. In 1995 we moved from Niagara on the Lake to Columbus Georgia where I was a factory manager. My engineering and scientific background has encouraged my curiosity and sense of awe inspired by the natural world; a sense of wonder that is at the base of my religious experience.

Janet and I have been members of Unitarian Universalist congregations since 1981. We found the friendship and support of a religious community that encouraged us to “build our own theology” a source of joy in our lives. The congregations in Niagara and Columbus became a wonderful support for us as we raised our daughters.

I am thrilled to be called as the settled minister for The Universalist Unitarian Church of Halifax. I love serving the present congregation and welcoming all those who may be interested in our message of liberal, inclusive and diverse religious community.

What is Unitarian Universalism?

UU is more of a community than a traditional church, and is the result of a long history of events. Learn more about Unitarian Universalism here!

Our History in Halifax

The first Universalist Church of Halifax was organized in 1837 by a group of lay people from Halifax and Dartmouth, who had been inspired by Hosea Ballou, an American Universalist clergyman and theological writer. A small church was built and the congregation was incorporated under professional leadership in 1843. The congregation, which included the Wests, a family of relatively wealthy West India merchants, was a closely-knit group, somewhat cut-off from the conservative community around it. In 1874 a large donation from the Wests allowed the Universalists to build the imposing Church of the Redeemer on then-fashionable Brunswick Street, where they remained for over 70 years. The Church has been served by many outstanding ministers, Canadian and British, as well as American. They have defended with dignity and spirit the doctrines of Universalism, occasionally engaging in heated and acrimonious debate with the more orthodox clergy of Halifax.

The trust fund left by William P. West in 1881 enabled the church to support itself, but the 1917 Halifax explosion and the economic slump that followed both world wars caused its young people to leave, and the membership fell steadily. Down to a handful of members by 1948, it was decided to sell the Brunswick street building. The remaining Universalists met in the YWCA, and later in a small house, sometimes with a minister but finally under lay leadership.

It seemed that Universalism had come full circle and would soon die, but with the 1960’s came resurgence. The Universalists were given fresh hope by a number of Unitarian families who had been members of the Church of the Larger Fellowship. New premises were required and in 1960 a far-sighted committee, with the assistance of the West Fund, purchased the historic double house on Inglis Street which is the present Church. At the same time, the Halifax Early Childhood School, a small nursery school, was looking for space. It entered into a longstanding relationship with the UU Church, an arrangement which continues to this day. 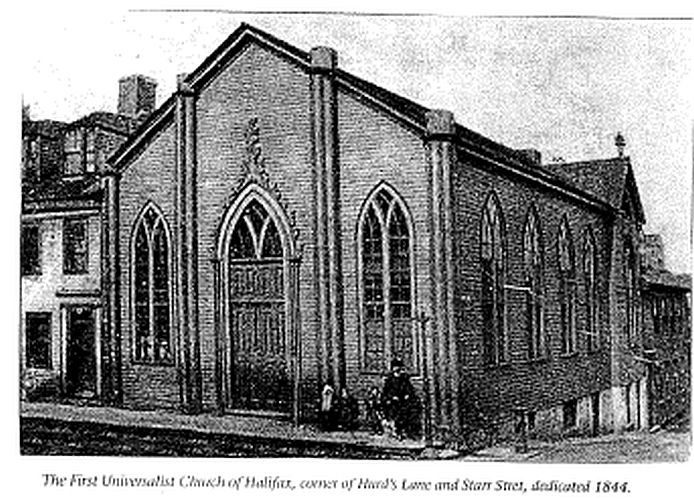